How to Make Healthy Versions of Your Fave Junk Foods. Part 1: Burgers!

on April 17, 2015
So you eat healthily 99% of the time, but sometimes, during that other 1%, you can't resist grabbing a takeaway after a long day.


This post will be the first in a series called 'How to Make Healthy Versions of Your Fave Junk Foods' including guilt-free pizza, fish 'n' chips and more! Today I'm going to start by showing you how to make healthy burgers – a meat version and a vegetarian version.


Fast food burgers are so calorific, mainly for two reasons: the type of meat used and the method of cooking (not to mention the refined white bread, the sugar-laden sauces, etc). The Big Mac below will set you back almost 600 calories, 34 grams of fat and 1070 mg of sodium. Eww. Let's find out how to make our own healthier burgers. 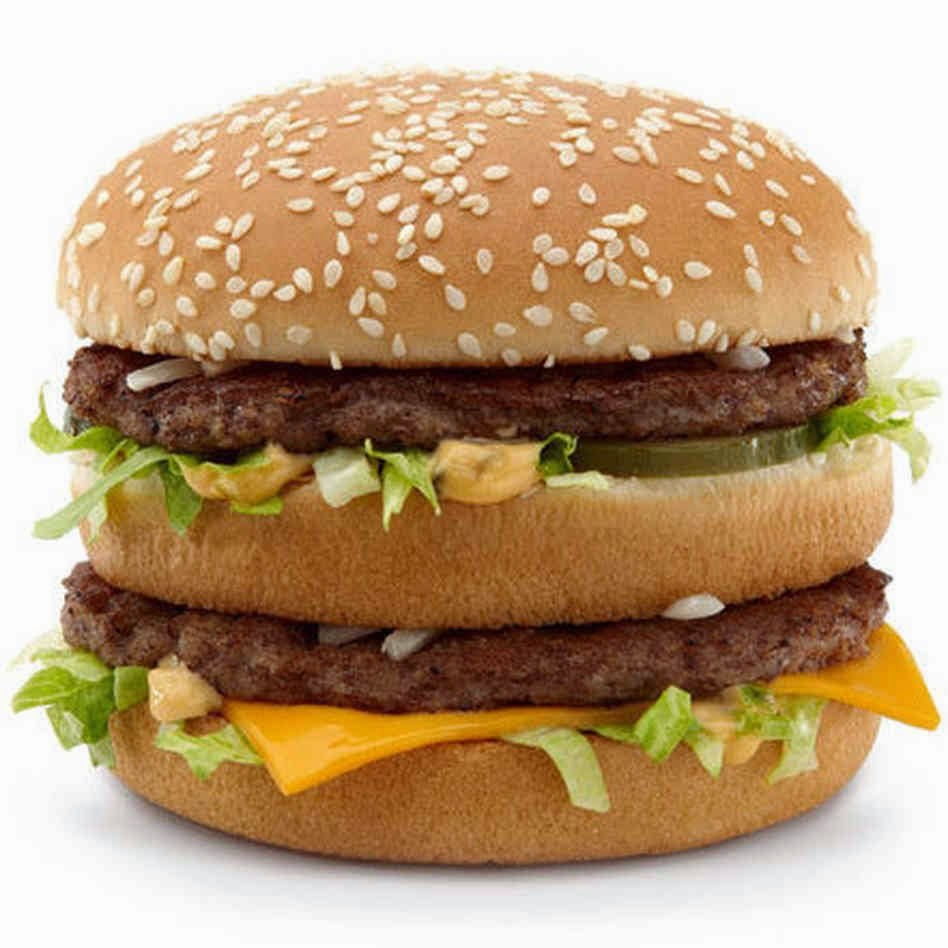 These homemade burgers will significantly reduce the amount of calories, fat, sugar and whatever chemicals and other nasties are lurking in burgers from fast food chains, and in my opinion they taste better anyway. Firstly, the meat version:


1. Buy some good quality, organic if possible, lean beef or chicken mince from your local butcher, farmer or supermarket.


2. Put your chosen ground meat into a mixing bowl with some diced onion, minced garlic, black pepper and one egg (this acts as a binder). Then it's time to get your hands dirty! Mix everything thoroughly until the other ingredients have been well incorporated into the meat.


3. Wash your hands and, while they're still damp, roll the mixture into balls, each just less than the size of a tennis ball. With the palms of your hands, flatten the meat into patties about an inch thick. Lay them on a plate, cover and leave in the fridge for at least half an hour – the longer the better.


4. Instead of frying your burgers, pop them on the grill or into the oven and flip them occasionally. How long you cook them for will depend on how well done you like your meat (this only applies to beef, obviously if you're using chicken make sure it's thoroughly cooked before eating).


5. Serve in a wholemeal bun with plenty of salad. 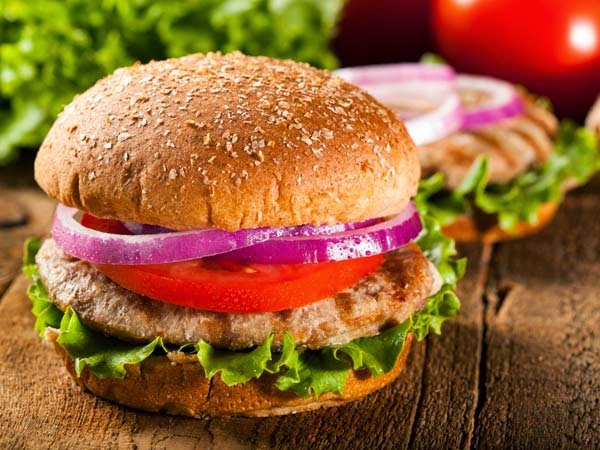 
If you don't eat meat, try this veggie option! It's easier to make and will save you even more calories and sat fat than the burgers above.


1. Buy some large portobello mushrooms, discard the stalks and put the mushroom caps into a shallow bowl or plate, smooth side up.


2. In another bowl, whisk together balsamic vinegar, olive oil, some dried herbs, minced garlic and a pinch of salt and pepper. Pour over the mushrooms and leave at room temperature for at least 15 minutes, turning twice.


3. Place your mushrooms on the grill or in the oven and cook until they're tender (at least 5 minutes on each side). You'll need to brush them with the marinade frequently. For this reason it's best to grill your burgers so you don't have to keep opening the oven door.


4. If you want, put a thin slice of cheese on top of the mushrooms for the final couple of minutes until it melts. When they're done, serve in a wholemeal bun with salad. 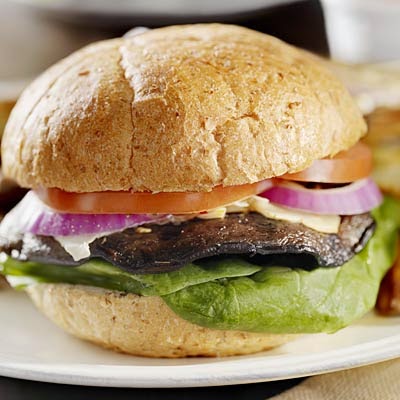 
If you make these or any other recipes in the upcoming series, I'd love to see your creations. Send me a pic on Twitter with the hashtag #NicsKitchen and I'll RT them all!


What other fast food items would you like to see healthier versions of? Leave me your suggestions in the comments!
Recipes
This site contains affiliate links. If you purchase anything through one of my links I will receive a small commission at no extra cost to you.