Have You Ever Heard of...Pineberries? 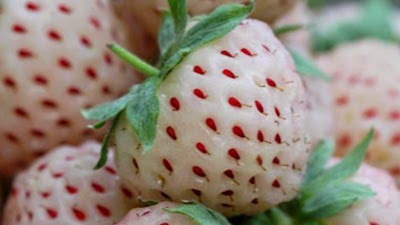 
Also known as ananaserdbeere, the German word for pineapple-strawberry, this summer berry is a hybrid of the wild South American strawberry fragaria chiloensis and the North American strawberry fragaria virginiana. Its skin is white with red seeds and the flesh is extremely aromatic with a pineapple-like taste, and is very soft when ripe. Grown in glass houses in parts of Europe and Belize, pineberries start off green and gradually turn paler as they ripen.


As pineberries are a type of strawberry, they offer the same nutritional benefits as the more common garden strawberry. They are rich in dietary fibre and vitamin C and are a source of iron, calcium, potassium, manganese and folate. A 100g serving contains just 30 calories.


Where Can I Find Them?

At the moment, pineberries are more of a novelty, 'designer' fruit. They are produced on a very small scale and are not very profitable due to their small size (less than an inch big) and the low yield of the plants. Additionally, they are only in season for about five weeks of the year and don't hold up very well to shipping.


However, pineberries have been available to buy in both the UK and US. They were introduced to the UK market on 1st April 2010, leading many to believe it was an April Fool's joke. It wasn't, and they were sold in Waitrose stores for the next five weeks. They were imported into the United States in 2012 and were available at Dean & DeLuca, Eataly and Agata & Valentina stores in New York from early May until mid June that year.


Pineberries are still not widely available to buy in the US (although they have been slightly more commercially available since 2014) but are likely to be sold again in Britain if demand increases – so if you're from the UK or planning to visit in the future and want to try them, drop Waitrose an email. Alternatively, you can order them online either in fruit form or as a plant to grow in your own garden.


How to Store and Eat


If you're lucky enough to get your hands on some pineberries (as they are in season right now) use them as you would normal strawberries. Store in the fridge to keep them fresh and don't leave them for more than a few days. Bring to room temperature and wash before eating. Add to fruit salads, pavlovas, meringues and sorbets, or just serve them whole alongside regular strawberries to blow your guests' minds! 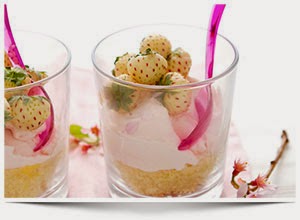 So...have you ever heard of pineberries? Have you ever tasted them? Leave a comment and let me know!


Also in this series:
Have You Ever Heard of...Kiwi Berries?


Please share this post via social media using the links below and subscribe to my blog by hitting the follow button!
Nutrition
This site contains affiliate links. If you purchase anything through one of my links I will receive a small commission at no extra cost to you.