Why Fat DOESN'T Make You Fat

on June 04, 2015
FAT. The word alone is enough to send most people running for the hills. But contrary to popular belief, fat is actually good for you. It's as important to the human body as proteins, carbohydrates, vitamins and minerals. In fact, experts recommend that 15-20% of our diet should consist of fat. Not convinced? Read on... 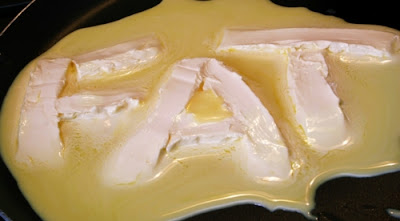 The reasoning behind the idea that eating fat makes you fat was that because fat contains nine calories per gram compared to proteins and carbohydrates which only have four calories per gram, the fat you eat would be stored as fat in your body and you'd put on weight.

However, research has proved that reducing fat intake has little impact on weight loss, and high fat diets have consistently been shown to be more effective at helping you lose weight compared to low fat, high carb diets.

This is because it's not fat which makes you fat. It's sugar that makes you fat. Sugar is the leading cause of obesity in our diets. Every time you eat, insulin (the hormone that regulates metabolism and energy use) is released into your bloodstream. Excess glucose from sugar is dangerous so insulin levels rise rapidly to transport the glucose out of the bloodstream and into the cells of the body. Eating a lot of sugar chronically raises blood insulin levels, and when this happens most of the energy in the bloodstream is deposited and stored in the fat cells just to get rid of it. Having high insulin levels in the blood all the time also leads to insulin resistance and type 2 diabetes.

Sugar also causes resistance to the hormone leptin which is responsible for informing the brain when the fat cells are full, so we stop being hungry and eat less. When this resistance occurs, the brain thinks that the body is starving and that you need to eat more and hold on to the fat you already have. On top of all that, sugar is addictive so the more you consume, the more you'll crave. It's a vicious cycle which is unfortunately hard to break. 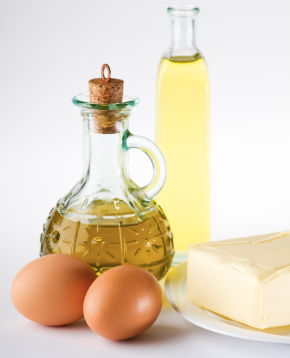 Fat is good for you

When you eat fat, however, it's digested much more slowly so the energy is released into your system slower and doesn't cause a sharp rise in insulin, so you'll have consistent energy levels and feel full for longer.

The best fats to eat are unsaturated fats, which can be found in foods such as avocados, nuts, extra virgin olive oil and oily fish such as salmon and mackerel. These help to produce neurotransmitters in the brain, which make us feel and perform at our best. These fats also reduce the stickiness of blood and control cholesterol and body fat levels, which in turn improves immune function and metabolism. Therefore, as opposed to making us fat, they can actually promote weight loss.

Other health benefits of eating unsaturated fats include keeping your joints flexible, your bones strong and lowering the risk of inflammatory conditions such as arthritis, Alzheimer's and psoriasis. They can even help control glucose levels in diabetics, tackle menstrual problems and protect against certain cancers. So you definitely shouldn't cut them from your diet.

Fat is also good for your skin and has anti-ageing effects. It plumps up skin cells and gives you glowing, radiant skin. It also wards off wrinkles and fine lines so you'll look younger too. Who doesn't want that? 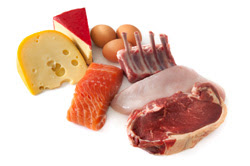 Meat and dairy can still be enjoyed

Even saturated fat shouldn't be avoided. Only recently have we found out that it isn't as bad for you as previously thought. Sat fat has been unfairly blamed for high cholesterol and coronary heart disease for almost sixty years now. This thinking is based on a highly flawed study by scientist Ancel Keys in the 1950s, called the Seven Countries Study. This study revealed that countries where people consumed the most amount of fat had the highest levels of heart disease.

Even so, Keys's study gained massive media and government attention and has shaped our views of fat for over half a century. Not long after the results of this study were published we had an obesity epidemic, followed by the diabetes epidemic. This is because people were cutting down on fat and eating foods full of sugar instead...the real culprit when it comes to both weight gain and heart disease. 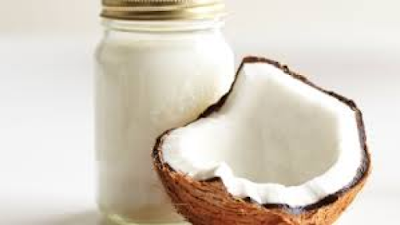 No need to fear the coconut anymore

Foods that have been stripped of all their natural fat do not taste good. This is why you'll find that low-fat products are full of sugar and/or artificial sweetener. We've already discussed the potential dangers of sugar, and sweeteners like aspartame are not a better choice. They are in fact worse than sugar and can cause everything from headaches and nausea to brain tumours and dementia. The food industry is literally replacing natural, beneficial fats with harmful substances and chemicals, and promoting them as a healthier option!

I would like to note here that trans-unsaturated fatty acids, more commonly known as trans fats, are nasty and unnatural and are definitely to be avoided. They are man-made and uncommon in nature. They are produced industrially (yes, another product of the food industry, like aspartame) for use in many processed and snack foods and are associated with heart disease and high levels of LDL (bad) cholesterol. You can avoid trans fats by cutting out processed foods and only eating pure, whole produce. Always read labels, too – if something is 'hydrogenated' or 'partially hydrogenated', it contains trans fats. This is the only type of fat you should try to avoid completely.

Fat has been unfairly demonised by both the media and the food industry. However, it really shouldn't be feared. Fat doesn't make you fat and is actually really good for you.

Leave me a comment with your thoughts on this topic!

Is Cutting Out Meat REALLY Better for Your Health?

Nutrition
This site contains affiliate links. If you purchase anything through one of my links I will receive a small commission at no extra cost to you.