What's the Deal with Spirulina? 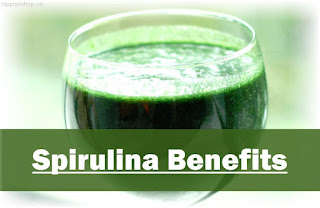 Flick through any health magazine or scroll through any wellness blog and you'll notice people singing the praises of spirulina. Everyone seems to have jumped on the spirulina bandwagon. But what is it exactly? How are you supposed to use it, and what health benefits does it offer?


A type of blue-green algae (sometimes known by its scientific name Arthrospira platensis), spirulina can be found in bodies of warm, fresh water. It's often confused with chlorella (which I'll write about in a separate post) but the main difference between the two is the hard cell wall possessed by chlorella which makes it closer to being a plant than an algae.


Spirulina is also thousands of years older than chlorella. The use of spirulina as a food source dates back to 9th century Chad and was used by the Aztecs in 16th century Mexico. However, it didn't come into commercial production until a French company set up a spirulina production plant in the 1970s.


Great news for vegetarians: spirulina is one of the best plant sources of protein as it's a 'complete' protein, meaning it contains all eight amino acids or 'building blocks' of protein in the proper ratios. It also contains ten of the twelve non-essential amino acids. And it's approximately 70 per cent protein, the highest of any known food on the planet – compare this to beef, which is just 22% – and having no cellulose wall, it's extremely easy for the body to digest.


Skim over this paragraph if you can't be bothered to read a long list of vitamins and minerals, because spirulina provides so many. These include vitamins C, D, E and K, all the B vitamins, calcium, magnesium, potassium, chromium, selenium, manganese, phosphorus, copper, iron, zinc, seven different carotenoids including beta carotene (which the body converts to vitamin A) and the pigments chlorophyll, phycocyanin and porphyrin. Furthermore, spirulina is low in starches, sugars and sodium. It contains 7 per cent fat and most of this is in the form of essential fatty acids, important for controlling cholesterol. 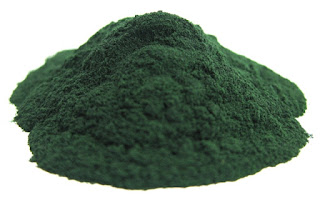 It's been claimed to treat allergies, lower blood pressure, combat stress, depression, fatigue and PMS, support the immune system by increasing the amount of beneficial bacteria in the gut and even help to prevent certain cancers and stroke. However it's worth noting that there's currently not enough scientific evidence to prove any of these conclusively.


Spirulina can be bought in tablet, capsule, powder or flake form. The recommended dose is 3-5 grams daily, which can be spread throughout the day into two or three doses. Be sure to increase your intake of water when taking spirulina to help your body to absorb it better.


As you can see, spirulina is worthy of its 'superfood' label. But is it suitable for everyone? Well, you obviously shouldn't consume it if you have a seafood or iodine allergy, and pregnant or breastfeeding women should consult a doctor before beginning to take spirulina supplements.


You can buy spirulina from any health food shop. My favourite way to incorporate spirulina into my diet is by adding the powder to a smoothie. Here's a great recipe to try:


Method:
Whizz all the ingredients in a blender for one minute. If it's too thick, add water and blend until you achieve your desired consistency. It's not the most attractive smoothie in the world, but it's sooo good for you!

Have you ever tried spirulina? Let me know in the comments!

Nutrition Recipes
This site contains affiliate links. If you purchase anything through one of my links I will receive a small commission at no extra cost to you.