The Benefits of Fasted Exercise 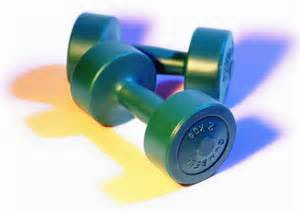 Fasted exercise, or training on an empty stomach, has been extensively researched in recent years and a number of studies have shown that it can effectively promote both fat loss and muscle growth. A lot of people still believe that you should carb-load before a workout, but this isn't necessarily true all of the time.


Fasted exercise may not be for everyone – many people feel that they can't work out without eating something first; they may feel dizzy or faint – but I'm going to tell you why it works for me and why you should at least give it a chance. Should you decide to try fasted training, the easiest way to start is just to work out as soon as you wake up in the morning, before eating breakfast.


1. The last thing I want to do when I've just woken up is eat anything. However, the morning is my favourite time to exercise (more on this later) and I always have an appetite afterwards. The food tastes better and I appreciate it more, not just because I know I've worked for it, but because I'm now so damn hungry!


2. I hate working out after eating. Even if I ate as long as an hour or two before, it still makes me feel a bit sick.


3. I personally don't have any weight to lose (don't hate me!) but if you're exercising for fat loss, then I think fasted training is the way to go. When you work out, the body first uses up the energy from the food you've recently eaten. But with little to no food inside you, the body is forced to use up its fat reserves.


4. Exercising in the morning sets you up for the day. It'll wake you up, get your heart pumping faster and those endorphins flowing, making you feel more energised. You also won't spend all day thinking about having to work out later and potentially talking yourself out of it. Knowing that you've got it over with will make you feel smug and allow you to get on with your day.


Please note that even though you're not eating, it's still important to stay hydrated – you'll need to drink plenty of water during and after exercise. It's also important to eat a decent meal with plenty of protein after your workout to replenish your body's stores. Some people don't like eating straight after a workout (I am definitely not one of them – I train hard and am ravenous afterwards) but you should at least have something, such as a whey protein drink to aid muscle recovery.


So why not give fasted exercise a try? If it really doesn't work for you, you don't need to keep it up. But you never know, it might just be the key to achieving your workout goals.


Have you ever tried fasted exercise? Let me know in the comments!

Fitness
This site contains affiliate links. If you purchase anything through one of my links I will receive a small commission at no extra cost to you.