Why Prince Harry Talking About Mental Health is So Important 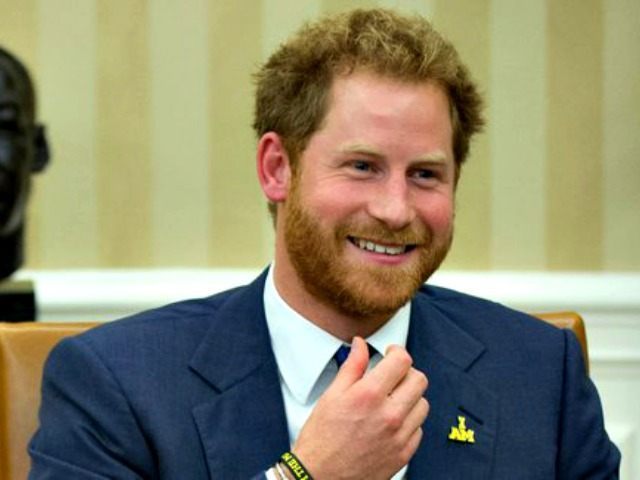 Prince Harry has hit the headlines quite a few times in his life - and not always for the best reasons. But a week or so ago he made the news again by finally opening up about his struggle with depression following the death of his mother, Princess Diana, 20 years ago.

Harry has always been my favourite Royal because, as well as being the same age as me, he seems like such a normal, down to earth bloke. Something as tragic as losing your mother at the age of 12 is bound to have an effect on a person's mental health - especially when they're then not allowed any privacy to grieve and have to come to terms with their loss in front of the entire world.

(Before I go any further, I just want to say that writing this post is making me feel quite uncomfortable because, even though Harry himself is extremely unlikely to see it and I'm saying something nice, I'm very aware that I'm writing about a real person, with real feelings. I'd never make a tabloid journalist, would I?)

When Harry admitted that he had suffered from depression, some people were shocked, others were understanding while some rolled their eyes and wondered how a young man from such a privileged background could claim to be 'depressed' when he has so much going for him. But I think his decision to speak out was so important because it shows that depression doesn't discriminate and mental illness can affect anyone, whether you're a prince or a postman (nothing against postmen btw; my dad is one).

He has always hated the media attention surrounding him and, while some people would argue that it's part and parcel of being a public figure, I would argue that he didn't choose to be a public figure - he was born as one. It's not like he went on Big Brother or Britain's Got Talent in the hope of becoming famous. Everything that has happened to him has been by circumstance. He was born in the public eye, lost his mother in the public eye and had to grow up in the public eye, being photographed falling out of nightclubs in his teens and early twenties (which I'm sure we all did, however we didn't end up on the front page of The Sun for doing so). I think, under these circumstances, some mental health issues are pretty much inevitable.

(What is this obsession with wanting to know every single little detail about famous people's lives, anyway? We should be concentrating on our own and not comparing them to other people's. But I digress...)

People like Princes Harry and William, as well as celebrities such as Lady Gaga and Zoella, being open and honest about their mental health is helping to remove some of the stigma surrounding these issues. It's much more acceptable now to admit you're suffering than it was even 10 years ago, and that can only be a good thing.

May 2017 is Mental Health Month so if a condition such as depression or anxiety has been affecting you, now is the perfect time to reach out to someone you trust and ask for help.

What are your thoughts on this? Let me know in the comments.

Follow Me!
BlogLovin' | Twitter | Instagram
Mental Health
This site contains affiliate links. If you purchase anything through one of my links I will receive a small commission at no extra cost to you.