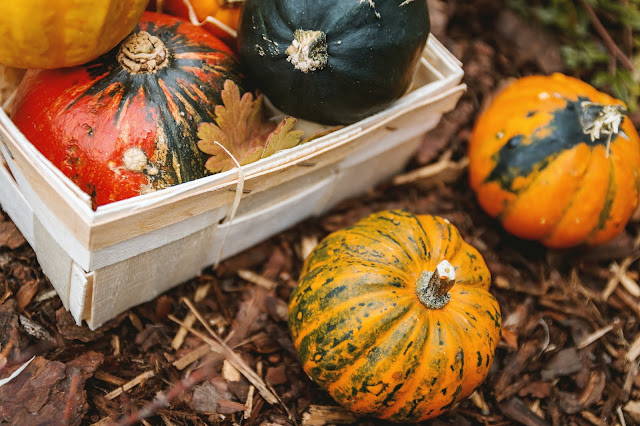 Pumpkins are in season right now and are so nutritious and versatile. To celebrate, here are ten interesting facts about pumpkins to impress your friends with.

1. The pumpkin is a fruit. Its flesh, seeds and even flowers are edible. It's rich in vitamins A and C as well as potassium and fibre.
2. Pumpkins are members of the cucurbita family, which also includes squashes, melons and cucumbers.
3. Pumpkins are thought to have originated in Central America. They're now grown on six of the seven continents, Antarctica being the exception.
4. The flesh of the pumpkin can be used to make pies, soups and breads, and the seeds can be roasted as a nutritious snack.
5. The practice of carving Jack O'Lanterns originated in Ireland, but they weren't made from pumpkins as they are today - the originals were carved from turnips and large potatoes.
6. The name 'pumpkin' originates from the Greek word 'pepon', meaning 'large melon'.
7. The biggest pumpkin officially recorded weighed in at 1,340 pounds. The largest pumpkin pie ever made was over five feet in diameter, weighed more than 350 lbs and took six hours to bake.
8. In early colonial times, pumpkins were used as a medicine as well as food. They were believed to remove freckles and cure snake bites.
9. Native Americans used to flatten strips of pumpkin, dry them out and weave them into mats.
10. When choosing your pumpkin, look for a sturdy, green (not brown) stem. Never lift a pumpkin by its stem - this could make the pumpkin age faster.
Bonus fact: There isn't actually any pumpkin in a Starbucks pumpkin spice latte.
Do you know any fun facts about pumpkins? Let me know in the comments!


Subscribe to my monthly newsletter for freebies and updates
Autumn
This site contains affiliate links. If you purchase anything through one of my links I will receive a small commission at no extra cost to you.