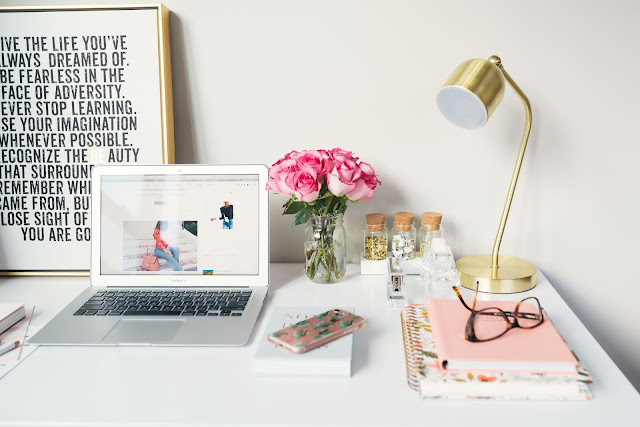 I believe there's an art to writing a good blog post. Personally, I never just have an idea and sit down and write a post from start to finish. There are usually ten steps I follow; however, these aren't set in stone - it's just how my writing process has evolved over the years.

How I Create My Blog Posts in Ten Steps


Step 1: The Idea
I get my ideas for my blog posts from anywhere and everywhere; they can come wherever I am and at any time of the day or night. I have a lot of ideas while I'm in the shower or out for a walk/run (probably because these are times my mind can wander as I'm not focused on anything else). An idea for a post could be sparked by something I've read and want to give my own take on, something another person has said or asked me about, a TV show or documentary that I've found interesting, or sometimes it can just appear out of seemingly nowhere.

I need to jot my ideas down as soon as I have them, otherwise I'll more than likely end up forgetting them. Depending on where I am, I'll either write in my phone's notes app, in my blogging notebook, on a piece of scrap paper or occasionally on my hand (welcome to the life of a writer; I also carry a pen with me at all times). I'll do any research that needs to be done at this point by using Google, Pinterest and talking to people who may know about the topic.

Step 3: The Title
Once I've thought of a topic I want to write about and an angle to give it, I'll open up a Word document and write a working title. This doesn't always end up being the title of the actual post - it's usually too boring and I tend to make the title a bit more attention-grabbing once I've written the post (the working title for this is How I Write a Blog Post - not very inspiring, is it?) but it keeps me focused on the subject I'm writing about, otherwise I might go off on a tangent.

Step 4: The Outline
I'll transfer my notes to the document from wherever I've written them, then I'll juggle them into the best order to make the post read as smoothly as possible. I'll write all the subheadings (sometimes these are just working titles, too) and play around until they're in the order I want.

Step 5: The Post
Now I can finally start writing the body of the post. Since I already have an outline, I just have to 'fill in the blanks' - write a paragraph or two under each subheading. I don't do this in order from point 1-10 (or however many points or tips I'm sharing). I'll often start with the one I have the most to say about and carry on from there, so I could explain point 7, then 2, then 9, then 5 - I'm sure you get the gist - until all the points have been filled in and fleshed out. Someone watching me may be a little confused by this but it makes sense to me (there's always a method to my madness). This part of the process usually also involves plenty of trips to Twitter and Instagram while I try to procrastinate. 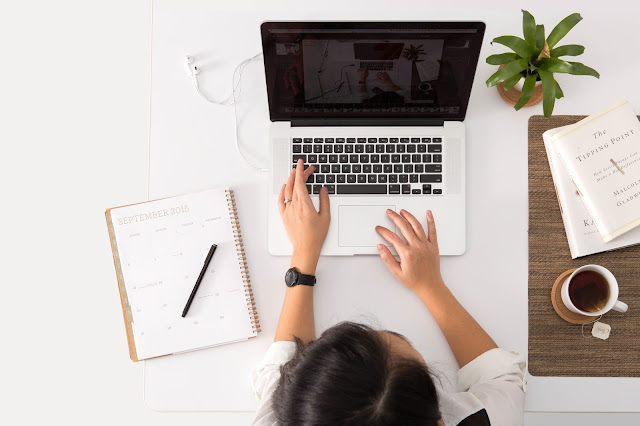 Step 6: The Conclusion
When the post is written, I'll write a short conclusion summarising everything I've said in the post and I'll often include a question or CTA (call to action) to encourage the reader to stay a little longer, read something else on the blog or interact with the post in some way (such as leaving a comment).

Step 7: The Intro
The last thing I write is usually the introduction. This might seem strange, but I find it hard to write an intro until I know what the rest of the post says.

Step 8: The Pin and Pictures
Now it's time to make the post a little more attractive, rather than just a page full of text to read. If I'm being honest, this isn't my favourite part. I'm no photographer and usually use stock images to illustrate my posts (unless I'm writing a review). Once I've chosen a few suitable photos I'll head over to Canva (a godsend for bloggers) to make the Pinterest graphic, or pin. This doesn't usually take long as I have a set style for my pins and can often use an existing template from another of my posts and just change the picture and words. Doing this task at this particular point gives me a break from my writing and fresh eyes to move onto the next step, which is...

Step 9: The Editing
This is the part most people hate, but I actually enjoy it. In my mind, all the hard work (writing the post) has been done and all I have to do is make it better. I'll proofread and edit the post, checking for any spelling mistakes, typos, repeated words, misplaced punctuation and incorrect grammar or colloquialisms that people from other areas or countries may not understand (most of my readers are from the US so I try not to include too many 'English-isms'). I'll also make sure the post is as SEO friendly as possible. Then I'll copy and paste it from Word to Blogger, add the pictures I've chosen, read the post again and use the preview function to see how it will look on my blog. I wouldn't be exaggerating if I said I re-read my posts up to about ten times; this would be a bit excessive for most people but I'm very thorough and detail-oriented (and terrified of typos). Once I've done all this, I'll hit that publish button.

Step 10: The Promotion
Finally, my blog post has been written and published. Woohoo! Now it's time to let people know it exists by sharing it on social media. The majority of my blog traffic comes from Pinterest, then Twitter, then Google searches, so these are the three things I concentrate on the most. I'll upload the pin to Pinterest, linking back to my blog post, and share it on a few group boards as well as my dedicated board for my blog. I'll send out a tweet, adding relevant hashtags and tagging a couple of blog RT accounts for good measure. Sometimes I also take part in Twitter blog sharing threads, which is a good way to get more views and comments.

So that's my process for crafting a blog post. It's worth noting that I don't always do all of this in one sitting; sometimes it can be over hours or days with breaks in between. I could make the outline one day, write the post the next and edit it another day - it just depends on how much time I have and how motivated I'm feeling.

I'd love to know how you craft your blog posts - do you plan them or do you just sit down and write? Let me know in the comments!

Liked this? Click here for more of my blogging tips. 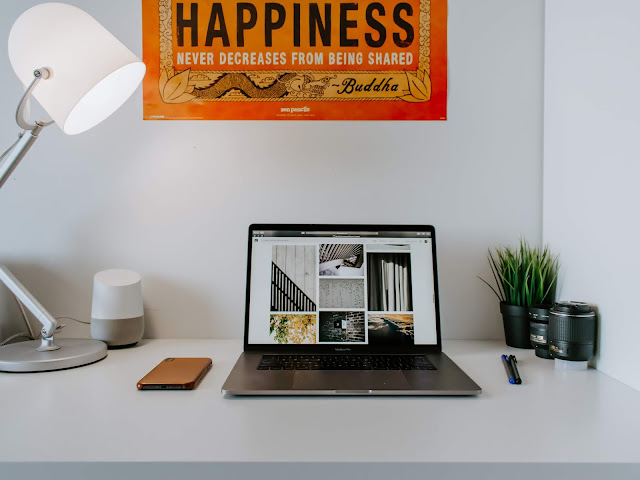